Originally published by Rachel Tepper Paley on February 13, 2018 at https://www.bloomberg.com/news/articles/2018-02-13/where-to-buy-sustainable-flowers-organic-florists-and-delivery 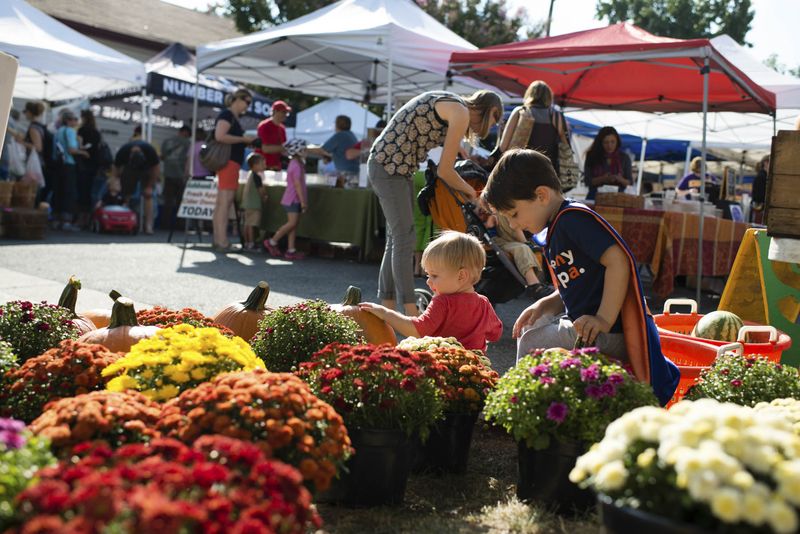 While it may be fashionable to investigate the early childhood of your steak, when was the last time you probed your florist for the provenance of your peonies?

According to the most recent U.S. Department of Agriculture figures, the U.S. produced $374 million in wholesale cut stems in the 15 states that produce the majority of domestic flowers; 78 percent come from California. This reflects only a fraction of the flowers bought and sold stateside, with major imports coming from South America. Census Bureau figures put the total value of imported fresh flowers, foliage, and seeds at $1.2 billion in 2016.

With so many blooms originating outside the U.S., assessing what has and hasn’t been raised sustainably is thorny.

Were chemicals used? Did the farm practice good water management? Is the farm built on land that formerly hosted a rainforest? Were the people who grew the flowers paid fairly and treated humanely? What was the ecological cost of transporting the flowers? What does “eco-friendly” mean, anyway?

“It’s a complicated and much deeper issue than just saying something is sustainably grown,” says Marc Hachadourian, director of the Nolen Greenhouses at the New York Botanical Garden. He points to certification programs that aim to help consumers cut through the noise.

For flowers grown in California, there’s Bloomcheck, which states its goals as ensuring best practices for sustainability “when it comes to water; air and soil quality; wildlife protection; and social impacts on workers and the community.” For those from 78 nations, including many in South America, there’s Rainforest Alliance, which claims that more than 1.3 million farms use methods it designed to protect ecosystems, workers, and local communities. For the entire Western Hemisphere, there’s the Veriflora certification from SCS Global Services, which vets farms along a variety of social and ecological metrics. And in Europe, there’s MPS certification; some growers register with ethical supply chain exchange Sedex as well.

Washington-based Urbanstems, founded in 2014, is one of a handful of American e-florists trading products with the above certifications. It displays the Rainforest Alliance emblem on its site and tries to work with as many Veriflora-certified vendors as possible.

“To be honest, before about 2008 or 2009, there wasn’t a huge emphasis on the environment and being environmentally friendly,” says Cameron Hardesty, Urbanstem’s head of merchandising. Noting that the organic food movement’s rise inspired the company’s founders, she says,“People are willing to pay more for good sources,” and good suppliers have become more plentiful.

Urbanstems sources the majority of its blooms from Ecuador and Colombia. Large-scale flower operations have been active in Colombia since at least the 1970s, propelled by a 1967 master’s thesis written by a Colorado State University graduate student. “Bogotá, Colombia as a Cut-Flower Exporter for World Markets” posited that the environmental conditions on the plateau surrounding Bogotá—a place of perpetual springtime—was ideal for growing flowers, touching off a bloom boom that spread to nearby countries with similar climates. The American conglomerate Dole Food Co. eventually snapped up a large number of flower farms, but rolled up operations in the mid-aughts after workers organized a union, winning protections against overly long hours, potentially dangerous exposure to pesticides, and other abuses.

“After that, the growing industry did a hard reset,” Hardesty says. “Instead of it all being run by one multinational company, it was being run by family offices.”

In addition to working with third-party certification outfits, Urbanstems regularly visits farms from which it sources to make sure everything is above board. “There’s a real emphasis on taking care of workers and cultivating culture,” Hardesty says, adding that she believes the shift away from corporate ownership opened up the landscape to more sustainable, environmentally friendly practices. “I’ve been down there, and I was surprised to see how well they are run.”

Another e-retailer, Bouqs Co., holds certifications from Bloomcheck and Veriflora. Founded in 2012 and headquartered in Venice Beach, Calif., Bouqs works with about 100 farms around the world, mostly in Ecuador, Colombia, California, and Washington State, many of which its employees visit regularly. Bouqs also strives to make the act of buying flowers as direct as possible, limiting the company’s carbon footprint. Flowers aren’t cut until ordered, for instance, reducing waste and the need for refrigeration.

“Ninety percent of the time, our orders are going to go directly from a farm to a customer,” says Chief Executive Officer John Tabis. “The directness of the sourcing says that we’re going to have a very low waste rate—about 2 percent.” Typical waste rates, the percentage of flowers that die or are so damaged in transport that they cannot be sold, average around 15 percent for supermarkets and up to 20 percent for wholesalers.

Tabis tells Bloomberg that, by his estimation, eco-friendly operations such as his represent just a fraction of the flower industry. “It’s probably sub-10 percent” of the total market, he says.

If you’d rather buy a bouquet in real life, buying local is the easiest way to ensure that your flowers were grown sustainably.

“A lot of people at the farmer’s market who grow produce also grow local flowers,” says the New York Botanical Garden’s Hachadourian, with the likelihood that if the food is organic, so are the stems.

Plus, he continues, “there are some flowers that do not transport well flying on planes in boxes. Your local grower may grow something beyond the mass-produced material. You can find something a little more unique. There are things that are more delicate and short-lived and can be grown locally, or even have to be.”

The downside is that you shouldn’t expect to find greenmarket roses in February.

“At this time of year, you might be seeing things like cut branches,” Hachadourian says, which is less bleak than it sounds. Good things come to those who haven’t waited until the last moment to buy a Valentine’s Day bouquet: “With a little bit of water, [they] may bloom into cherry blossoms, quince, dogwood, or forsythia,” he says.

There’s one, fast rule for those concerned about the provenance of flowers at the farmers’ market, the local florist, or elsewhere: Just ask. If the person behind the counter doesn’t know the answer, there’s a good chance those flowers have passed through so many hands that no one can truly know for sure.