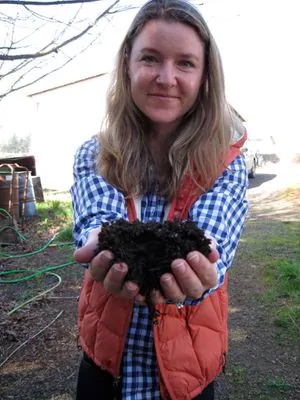 Sustainable, organic, biodynamic. These three styles of viticulture are followed (and marketed) by wineries to show care for their vineyards and the environment. Sustainable in Practice, or SIP Certified in California; Low Impact Viticulture and Enology (LIVE) and Salmon-Safe in Oregon; or Demeter for biodynamics are certifications meant to demonstrate accountability in farming.

But in the context of climate change, some winemakers are questioning whether these practices are enough. They advocate a broader focus than just the vineyard and challenge current concepts of eco-friendly farming. And they are looking beyond this vintage, or even the next decade, and asking tough questions about the long-term future of wine.

Mimi Casteel was an infant when her parents brought the family to Oregon’s Willamette Valley in the late 1970s and founded Bethel Heights winery. She grew up in the vineyards, then left to study forestry science and fight wildfires in California before returning to join the family business. She now has her own winery, Hope Well Wine and Vineyards, in the Willamette’s Eola-Amity Hills district.

Casteel raised eyebrows in July in an interview with sommelier-journalist Levi Dalton on his podcast, “I’ll Drink to That,” in which she questioned some sacred tenets of modern grape farming. Dalton gave the episode the provocative title, “Mimi Casteel Says Your Sustainability Sucks. Try Again.” This accounting of Casteel’s views come from the podcast and a subsequent interview with me in Oregon later in July.

Casteel’s forestry and firefighting experience convinced her that mankind’s encroachment on nature was destroying natural habitats crucial to agricultural productivity. Although it may take decades or even a century or more to show, we are now feeling the effects in declining productivity and nutrient quality. Modern agriculture and viticulture allow farmers and grape growers to add nutrients such as nitrogen to crops and soil, but Casteel advocates promoting a healthy “habitat” that will produce those nutrients naturally in the soil. And that means a diversity of crops rather than a singular emphasis on grapevines.

We think we can grow one thing at the expense of all others, and we call it ‘sustainable,’ but it’s really not,” Casteel said. For example, emphasis on monoculture (grapes) prompts growers to clear stream beds to expand vineyards. This disrupts habitat by dislodging pests that then attack the vines, requiring more chemical treatments that eventually wash into the stream with soil erosion.

Modern vineyards often have bare soil between the vines, easier for tractors to work the rows. Cover crops are viewed as competitors with the vines. Even when used, cover crops are typically tilled and plowed under to “add nutrients” to the soil, a practice endorsed even in biodynamics. Casteel says this is wrong, because any exposure of the soil loses important nutrients and releases carbon into the atmosphere. This is her most controversial argument, because it challenges widespread viticultural dogma.

“Active and constant cultivation” — as in plowing or tilling — “works against maintaining a healthy soil biology,” Casteel said. “Bare soil loses carbon and reduces the ability to support the life that supports our life. You don’t see bare soil in nature unless there’s been a catastrophe.”

Healthy soil can capture more carbon than trees, she argues, making a case for “carbon farming.”

“Soil is the one true thing we have to fight climate change,” Casteel said, adding, “It’s not that hard, and it doesn’t have to be at odds with the economics of the business. But people have a one-generation view of sustainability.”

In California’s Napa Valley, Larkmead Vineyards is looking way beyond one generation. The winery, founded in 1895 and owned by the Solari-Baker family since 1948, recently announced plans to plant a three-acre “research block” to develop the grape varieties of Napa Valley’s future in a warmer world.

“Climate change is very real and already affects vintners around the world,” Larkmead winemaker Dan Petroski said. “Cabernet sauvignon may no longer be well-suited to Napa Valley’s climate in 20 to 30 years. We need to research and plan for inevitable warmer temperatures.”

Larkmead’s research block will include chenin blanc, petite sirah and zinfandel, “heritage varieties” that once were popular in Northern California but were largely supplanted in recent decades by cabernet sauvignon and chardonnay as the market for those wines grew. Petroski and his team will also plant Mediterranean varieties such as aglianico, tempranillo and touriga nacional.

The research block is similar to moves in France, where recent changes in the appellation laws allow growers in areas such as Bordeaux and Chateauneuf-du-Pape to experiment with untraditional varieties that might be better suited to a changing climate than the grapes that have defined those wines for generations.

While Petroski tries to identify the grapes of Napa Valley’s future, Casteel hopes that reviving natural habitats can slow, or at least adapt, vineyards to that change.

“My children won’t be able to buy burgundy as we know it, because that climate is not going to support it,” she says. “We have an obligation to farm for the wine we want to drink, but also to prolong our ability to make it.”